Because gaseous hydrogen consists of such a small molecule, very small leaks are common. In properly designed systems these very small leaks do not present a problem as the tiny amount of hydrogen released will not be enough to cause a flammable mixture in air. Only when hydrogen gas can accumulate over time in a confined area will a risk of a flammable mixture or asphyxiation arise. 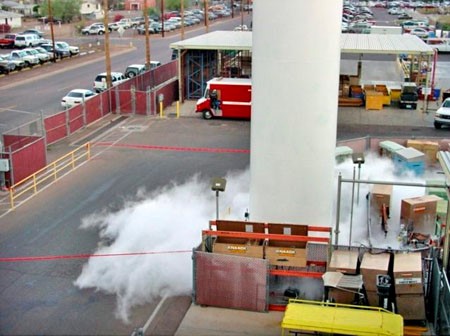