Recommendations for compressed gas piping systems include the following: 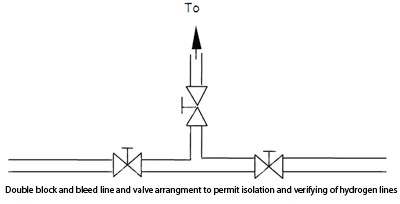 Regardless of system design, a procedure for purging any piping to remove all air, moisture, or oxidizing gas or substance must be developed and documented.

ASME B31.12 Hydrogen Piping and Pipelines