Industry has safely used hydrogen for decades in applications including: 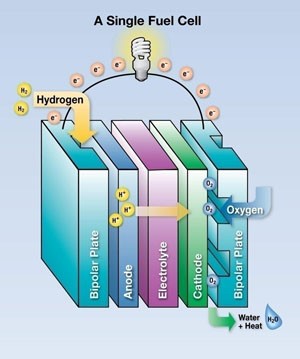 Newer applications include industrial trucks (e.g., forklifts) and cars and trucks powered by hydrogen fuel cells. A fuel cell is a device that combines hydrogen with oxygen from the air in an electrochemical reaction to create electricity, which can power an electric motor that propels a vehicle. Fuel cells are twice as energy-efficient as combustion engines, and the hydrogen used to power them can come from a variety of sources, including renewable energy sources. A hydrogen fuel cell emits only heat and water, without producing any air pollutants or greenhouse gases. Indoor and outdoor hydrogen fueling stations are being built to provide hydrogen fuel for fuel cell powered vehicles. 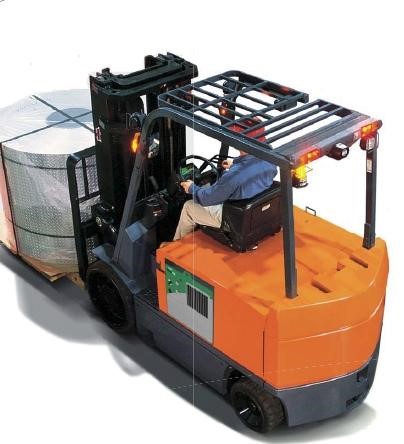 Private companies and government agencies (e.g., Department of Defense) with large warehouses/distribution centers are adopting fuel cells to power their material-handling equipment. Some of the companies that are deploying fuel cell industrial trucks are Walmart, Whole Foods, Bridgestone Firestone, Coca Cola, Central Grocers, Nestle Water, Fed Ex, Amazon, Wegmans, and Genco. In most applications, the hydrogen is stored outside and the dispensers for refueling the industrial trucks are located indoors.

Looking for a Hydrogen Fueling Station? Check out https://www.h2stations.org. The site covers all world regions. Here is a sample map last updated December 2020: