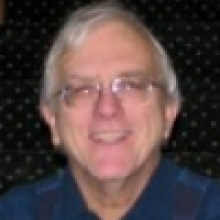 Don’s principal specialty is piping design, including design of complex piping systems, piping flexibility analysis, selection of piping components including valves, development of piping standards and specifications, and developing and teaching numerous piping courses and workshops. He is an ASME Fellow and has been active on various ASME Piping Code Committees. He served as the chair of the ASME B31.3 Process Piping Code committee as well as the B31 Standards Committee, which oversees all B31 Piping Code committees. He is a member of the B16 Standards Committee. He is a past ASME Senior Vice President and a past member of the ASME Board of Governors.

Don has received a number of awards, including the ASME Melvin R. Green Codes and Standards Medal, which recognizes outstanding contributions to the development of standards and the ASME B31 Forever Medal for Excellence in Piping. Don graduated with a B.S.M.E. from Kansas State University and has a master’s degree in civil engineering from the Missouri University of Science and Technology. Don is a past-chair of the Hydrogen Safety Panel.