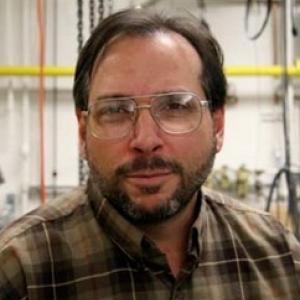 Joe Shepherd is the C. L. “Kelly” Johnson Professor of Aeronautics and Mechanical Engineering at the California Institute of Technology in Pasadena, CA. He has been on the faculty at Caltech since 1993, was on the faculty of Rensselaer Polytechnic Institute from 1986 to 1993 and a staff member at Sandia National Laboratories from 1980 to 1986. He earned his PhD in Applied Physics from Caltech in 1981, and his BS in Physics from the University of South Florida in 1976. Prof. Shepherd’s research interests include fluid dynamics; combustion; high-speed flows; shock and detonation waves; the mechanics of impact and structural response. He has been a consultant to industry and government agencies, an expert witness on fire and explosion, and directed numerous research projects on various aspects of explosions: ignition, deflagration, deflagration-to-detonation transition, detonation, and structural response.

Prof. Shepherd’s work on risk assessment, explosion analysis and hazard mitigation began in 1980 at Sandia Labs as part the intensive research efforts that took place to address technical and regulatory issues in response to the 1979 accident at Three Mile Island nuclear plant. He participated in the design, instrumentation, and analysis of large-scale and laboratory experiments on various aspects of hydrogen combustion relevant nuclear power plant safety and served as a technical advisor to US Nuclear Regulatory Commission. After moving to RPI and subsequently Caltech, Prof. Shepherd has continued to be involved in national and international projects on nuclear reactor safety, serving as a subject matter expert on explosion hazard issues at the Savannah River and Hanford site nuclear waste storage and treatment facilities. He was a member of the National Research Council Committee on Lessons Learned from the Fukushima Nuclear Accident for Improving Safety and Security of U.S. Nuclear Plants, chairing Phase 2 of that study. Prof. Shepherd worked with the National Transportation Safety Board on the investigation of the 1996 in-flight breakup of Flight 800 and led a team of researchers to carry out laboratory and large-scale testing on the flammability and explosion hazards of aviation kerosene. Subsequently he has been a consultant to Boeing and served as a subject matter expert on fire and fuel flammability in the aircraft environment. His research team at Caltech has collaborated with Boeing in carrying out fundamental laboratory studies that have contributed to aircraft safety. In 2014, Caltech was awarded “Supplier of the Year” in the Innovation Leaders Choice category and our research group was specifically mentioned for our work on the certification of the Boeing 787 aircraft.